78 replies to this topic

I know there's already some topics about to the bone, but I just wanna know if anyone else bawled like a damn baby at this scene??? Lol

Update: it was definitely weird AS FUCK and totally creepy when she was offering it to begin with... I totally thought "WHAT THE ACTUAL FUCK?!"
However, I'm referring to when she actually broke down and asked to be held and fed. That part. I thought it was so fucking sad and heartbreaking.
Sent from my Pixel using Tapatalk


I thought it was very poetic and touching. A great metaphor

I found the scene very powerful and meaningful. I interpreted it as a portrayal between two separate very problematic issues (lack of mother's presence growing up and her eating disorder) which Eli's life gravitate around, but which in the end intertwine and are in a cause-effect relationship. As a child/teenager, Eli was "deprived" of a much needed motherly affection, care and nurture- all essential to raising an individual with a healthy mind. Then a whirlwind of self-doubt, self-loathing and probably the feeling that her family life is shattered and out of her control overwhelmed her and might have contributed to her ED, which I think is deeply rooted in something else. So now she deprives herself of much needed life fuel.

Notice how she lacks validation, approval and appreciation from her family (her natural mother, her father and Susan) and she seeks it elsewhere. The counting calories scene with her step-sister displayed pretty predominantly how much pride she took in her abilities to be in complete control of how many calories she ingests. Her entire life revolves around those numbers and they are now internalized in her. Also the scene where she is weighed and the lady tells her that soon enough her body will starting eating its own muscle-2 things worth mentioning here: 1)she saw the number on the scale, she knew it was mortifyingly and worryingly low, but she cracked a subtle, tenuous smirk there. She was clearly proud of her achievement. And 2) when the lady told her the aforementioned thing about muscle loss, I think she was, under the facade of apathy which she veiled herself with in front of people, again very content with the fact that she has managed to go through with something like this. For the first time ever she took control of something, saw the results and now she gets the confirmation of the control she exerted when the lady tells her about the repercussions which are bound to come.

I personally didn't cringe at all. I was actually pleasantly surprised about the lack of censorship and by how they digged into more "disturbing" things. Before the release of the movie, a lot of people thought about how it will glamourize anorexia. I think these scenes are pretty much the proof that the purpose is not that. It was an unusual scene, yes, but how can I cringe at that scene when I know how fucked up and twisted mental illnesses are as a whole? I mean, jesus, people with mental illnesses resort to all sorts of very unconvential, non-generic and dire ways to deal with stuff. Mental ilnesses are not meant to be not "cringy" because the individual alienates himself/herself from the norm through the mental ilness and its thought process, so I think an ED is intrinsically disturbing and perhaps sprinkled with cringy occurences.

I know when I was at my lowest and I passed out due to prolonged starvation and I found myself in the hospital..idk what happened, but it was like all the shame, the privacy, the need for loneliness I had until that moment vanished. I just wanted to be taken care of because I acknowledged how weak and powerless I was. I didn't care about being fed with a spoon or about being accompanied to the bathroom by a nurse to hold me because I was incapable of sitting on the toilet on my own. It is a harsh reality, but it is what it is.

Same goes for the tree hallucination and what not.

I'm such an idiot that I thought the tree hallucination was supposed to be legitimately happening.  I had to watch it a second time with a friend, ask her, "How did Lucas get there?", and have her say, "It's a hallucination."  I've always known that I'm a super literal person, but this was stupid, even by Abi standards!

I was so uncomfortable I actually felt my skin crawling. I don't like human touch much so yeah lol gross. Just no. Never ever happen to me!

Same same same! I actually left the room for the scene. I obviously have mother issues lol

yes it was uncomfortable at first but the meaning was hard. The mother trying hold and feed her baby who is not a baby anymore and who is about to die.  That is the reason because I don´t want children, Who can cause more pain than a child? nobody.

I felt very very uncomfortable. Also the mum just saying "its ok if u wanna die" was fucked up. I think that whole movie was crappy and unethical but still kind of enjoyed watching it. 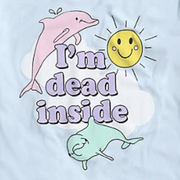 I thought: people are gonna think this is weird

but  its a good scene either way

Sorry for my lack of English vocabulary

Yes...at first I thought it was weird but comforting 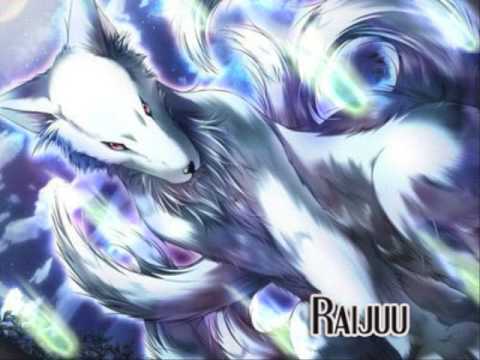 It was at that moment I went from "I dislike this movie" to "I fucking hate this movie."

Okay, I'm an empirical science-worshiper and I disavow alternative-therapy woo like that just as much as the next guy, but I'll be the first to admit that hit me straight in the feels.

However, from a movie-making and plot standpoint, I have to say that it made very little sense. When making a work of fiction about such a subject, one needs to consider the implications of every single plot point. In the case of this movie, I feel like that was not considered. When you include a frivolous romance aspect in a movie about one person's struggle with anorexia, it sends a certain message. When you include a scene wherein Lili Taylor bottle-feeds an adult, it also sends a certain message. Obviously, the producers weren't attempting to convey the message that being bottle-fed in the middle of the desert by your mother will cure your eating disorder, but it sure does seem like it.

The future's uncertain and the end is always near.

i mean i kinda get what they were trying to do, but just no

I rolled my eyes so hard I'm surprised I still have eyes.

I just kinda skipped to see if she would take it.

Then was bummed at how it ended. Like I needed more of a story ender.

It was at that moment I went from "I dislike this movie" to "I fucking hate this movie."

Sent from my Pixel using Tapatalk

I rolled my eyes so hard I'm surprised I still have eyes.

Sent from my Pixel using Tapatalk

It really creeped me out.

Sent from my LGLS755 using Tapatalk