Come here if you just binged

this is my first post so hi lol.
for the record it was my bday yesterday so we have so much junk in the house which im not used to bc mum is a health freak. anyways i hadn’t eaten all day except for some chips then i realised it was almost three o’clock so I got excited and stuffed my face
i had at least 600cals of birthday cake then these biscuits (probs 200cals) and like 300 cals of peanut buttter ffs
I feel like shit cause i haven’t binged in four days not even yesterday but I’m planning to go on a walk to burn it off so yeah. i normally would’ve purged instead but im trying to stop cause it makes my cheeks swell and i don’t want mumma to know about about my ed.
anyway love u all

I "binged" ish last night. I don't consider it a binge since it was legit just a meal but it was high cal as hell

I realized that the greys anatomy finale had aired, so I moved this coming Friday night's plans to last night. I got the smallest pizza the takeout had, onion rings, garlic dip and a milkshake. I was gonna split the pizza into three days of food but my fridge is just FULL of water, fake cola drinks, and sauces so it wouldn't fit. I thought...fuck it. I'll eat it.

I forgot how boring pizza from that place is, and the onion rings were gross. the only good thing was the milkshake.

after eating it I just felt...bah. i could've done without that. but if I'd actually eaten that day I would've felt waaaay worse. my intake was about 500 cals or something. i don't know, because earlier in the day my friend gave me a food that I've never seen the cals of. google says it was probably about 350. so that+the sauce from my noodles = rounded up to 500

Idk the cals in any of the stuff I got but it can't have been too bad because I didn't gain. I maintained. so that's good. but I'm fasting today to make up for it, until at least 8pm, so a 24hr fast

As far as unplanned large amounts of foods go, I suppose it wasn't so bad. it was slightly more than I planned (I didn't plan for the milkshake or rings) but it wasn't TOO much more than I'd planned

I binged right before my exam today, I was so damn nervous and really thought that it was necessary to eat more than 2500 in one sitting lmaoo. I felt so sick that I almost stayed home, but then decided to go to school anyways and now I fucked up my exam AND my binge free streak yayy...
No but seriously I wasn't able to concentrate at all and felt like I would throw up in front of my class any moment which luckily didn't happen

i binged yesterday and i’m still feeling depressed and sluggish. my family was telling me i was self centered and delusional. it hurt so much because i fear that i really am that and hearing them say that proved i really am a terrible person. i made a cake that day for them and it had homemade strawberry jelly in the middle. it was a yellow cake with vanilla frosting. i ate 1/3 of the cake in the kitchen alone feeling worthless. i guess i thought the cake would make me feel better but it really didn’t. i wanted to honestly kill myself. i’m not workout out today but i’m just gonna lay in bed and not eat anything till dinner. i have a some salmon and cauliflower rice and brussel sprouts planned for dinner.

I can’t believe how
Many calories I’ve consumed. Wow and it’s only 4:36 pm. I’m going to have to fast for the next 24 hours and restrict to 600 cals daily now Until my goal date. Just wow

Ate 1800 calories, disappointed, i went gym too so i guess all that exercise counted for nothing. Will do better tmro hopefully not eat back calories

I reached my first high GW today and I end up bingeing and not showing up to work 🤦‍♀️ I was wearing a more fore fitting top from my skinnier days as a "reward" and I got triggered by how form fitting it was.~1530 calories in addition to my reg. 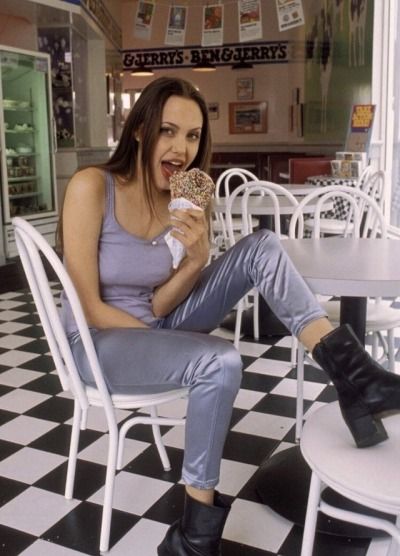 i hope this helps someone else. its been a binge week. my stomach hurts so much. i remind myself to care for future me but i forget and the 5 minutes i forget ive inhaled a pizza, ice cream, candy bars. work stresses me out, binge. im bored? binge. life is meaningless and i feel empty? binge. the only thing that i like doing for a few moments. i want to like starving, but then my head hurts and the emptiness wont stop calling for food. im living on my own now. i cant spend much on food anymore so purging is a waste of calories... im sick of my parents paying for my therapy so ive stopped that, doesnt feel helpful. An ed center costs too much. eating just feels so good. its taxing just to type this pathetic shit. i feel too guilty to do all the treatment because two years of therapy and psychiatry hasnt helped. im just going to hear from everyone "well there must be something that helped"

im sick of this. ive had small enough traumas in my life to get me this fucked up but not the right kind of trauma for people to give a shit about me so i have to downplay everything. why isnt this working. writing this out isnt helping.

I had been doing so well and now my stomach hurts like hell :/

It started with me not counting the calories in my stir fried veggies and then it spiraled from their, I feel like I went bad on my exercise

I haven't had a drunk binge this bad in months, I just want to disappear from the world

Sent from my SM-G781B using Tapatalk

I just binged. Havent binged that much in so long. I feel terrible. Probably eat more than 5000 cals. fml

I feel frustrated. I was supposed to have two eggs and an apple for breakfast and some steamed veggies for lunch. Instead I had said apple and eggs, then after my workout half a cumber, two pieces of toast with tomato spinach garlic and butter. Then I was feeling extra snacky and before I realized it I had eaten fucking ramen too. I realized I was about to go on a whole binge, so I stopped but I still feel extra antsy. It was supposed to be a "fast day" initially but I gave myself some grace as I started a new, much harder HIIT workout and needed the extra boost of protein. Big mistake apparently. I'm happy I stopped myself but also frustrated that it escalated so fast. I'm not even hungry, Im literally just craving shit to stuff in my mouth right now. Fuck this.

Binged on about 5000 cals today:((( I mean it’s still a bit of progress since I used to binge out on 6-7000 cals and did it way more often. But still, I got so emotional today and cried the whole afternoon. I talked to my parents about it so it made me feel a little bit better but I can’t imagine how bloated and gross I’m gonna feel tomorrow

a burger king whopper burger with cheese and halloumi fries, ritz crackers and philadelphia cream cheese.. I feel like a failure as I hadn't binged in nearly three weeks. ordered more laxative tablets and tea