Youtube - what do you watch? - Page 5 - Movies and TV Shows - Forums and Community

89 replies to this topic

My favourite channel right now is PhilosophyTube, Oliver's a great dude. Honourable mentions are other leftist youtubers like halim alrah and azureScapegoat :]

i like philosophytube..  for the last 6 months or so i've been sensing the channel undergoing some noticable.. . *ahem*... . changes, but they haven't made any official statements/acknowledgements, so i guess i probably shouldn't get out over my skis..  other channels PT fans might like (for those that haven't seen them already) is hbomberguy (although he sometimes dials it up to 11 for "comedy", which many might find annoying) and foldingideas..

my personal favorite lately has been jenny nicholson..  she's not all that political really (or at least her channel isn't explicitly about that), and she kind of gained widerspread traction for being a fan of 'stars wars' (which i personally don't give a single f#@k about), but her topics are diverse and her smart/dry sense of humor kind of make her feel like the cool best friend you're always happy to see (or at least i am)..

ive been really into like cottage living and minimalistic style vlogs lately, like Jonna Jinton, TheCottageFairy, i also love morgan adams lol shes such a mood, and i listen to lo-fi a whole lot there's some really good channels i binge listen to at work.

Dylan Is In Trouble as well, he just does commentaries on movies he's watching for the first time and he's so damn funny lol.

Oh, she's sweet but a psycho
A little bit psycho
At night she's screamin'
"I'm-ma-ma-ma out my mind"

ive been watching supersize vs superskinny a lot. its triggering and educational which i love bc i wanna be a nutritionist when i get older.

Sent from my Pixel 3a using Tapatalk

its a mix of diet vlogs, mcyts, and amberlynn reid 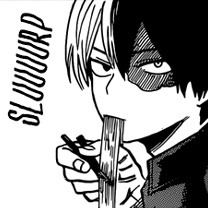 I used to watch a lot of Sims 3 videos but I honestly can't stand YT anymore. Too many damn ads.

I mostly watch videos in my recommended but some channels I watch regularly are:

Same! I watch ondo but i always wonder how can she stay so slim eating seemingly so much :")

Also tagged with one or more of these keywords: youtube, media, bingewatching, distraction