83 replies to this topic 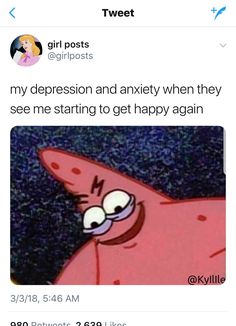 You could meal prep this for a week.  Takes a long time to make, but worth it.  It's 274 for 2 cups, but you could easily cut the serving to 1 cup or less.  I'd lose the oil and use water instead, oil is wasted calories.  Vegan, so that means vegetarian as well.

~ When she dreams she sees her bones ~

I usually do salads

Sent from my Pixel 2 using Tapatalk

it's around 170 calories but it's so delicious

I usually mix and match from a list I made to add up to what I want. Here's a 200 mix, and sorry if I eat weird, lol.

This is one of my favourite meals, it's a bit plain but you can add carrots or garlic, whatever you like

170 kcals total, it's quite a large portion of food too

The cauliflower I take is 20cals per 85g serving. Put some salt and sunflower oil or something to sub the butter and you're set! Also genoa salami is good (20 cals/slice) and laughing cow cheese wedges.

Heat a pan, spray cooking spray and fry the mustard seeds and turmeric. Add the lentils and the water. Also add the coriander powder and ginger. Cook 10 minutes and check for even more moisture at must. Add the tomatoes.
Cook about 10 minutes or until the lentils are soft enough. Take the pan from the heat, season to taste with salt and then it’s ready!

Miso soup and shitaki noodles with saracha or mustard is my life only 5-15 calories a serving.

Currently In recovery since February 24th 2020

A pot of super thick, super filling potato soup. Whole pot is 185kcal, the servings depend on how much water you add.

Cut the potato. If you want a smooth soup, cut into tiny pieces. If you prefer chunks, leave some pieces bigger. In a pot, sautee the spices, onion and garlic in the oil. Add the potatoes and immediately afterwards add water, enough to cover them. Leave them to simmer for awhile and stir occasionally. When half the water has evaporated, add the milk and stir thorouhgly. Wait until it starts simmering again, stir more and remove from the stove. Serve!


Another dinner is my sweet, desserty 100-calorie cauflilower porridge (it will be a bit more if you include some toppings like fruit or nuts, but it usually ends up being under 200). Method is long, so I'll put it in spoiler

A wonderful, comforting, sweet porridge that looks like oatmeal but is under 100kcal:

Chop cauliflower florettes. Put them in a pot and add hot water, just enough to cover them. Add sweetener, salt and cinnamon and boil on medium-high, stirring occasionally. Boil them for 20-minutes (until the water almost evaporates) and whenever you stir, stir them thoroughly so the cauliflower can soften and break down. When almost all of the water has evaporated, add the milk/plant milk and a bit more sweetener. Wait for the milk to evaporate and stir thoroughly so the cauliflower can break down completely and form a porridge consistency. If there are some stubborn chunks, you can pull them out, break them with a fork and transfer them back in the porridge (optional).

When almost all the liquid has evaporated and you end up with a thick porridge, pull the pot from the stovetop, transfer the porridge to a bowl and add another small splash of milk, just to cool it down completely. You get a whole bowl of comforting, thick porridge that's satisfying and feels cozy! But don't skip the milk, nor the spice - it could be either cinnamon or loads of vanilla - otherwise the porridge will taste and smell like cabbage!

You can also add a bit of extra stuff on top for more flavour. I have a jam that's sweetened w/ stevia so it's 40kcal/100g so I like to add that. You could add berries, brown sugar, cocoa powder (but add A LOT) or chocolate, banana, apples or applesauce... nuts go well too! Or you can mix it with a bit of cooked oatmeal - it feels more filling this way!

The porridge itself is under 100kcal, so if you could literally fit an entire small banana in there and still be under your limit

and the possibilities are endless!


Zoodles are nice too. One long, large courgette is 300g = 51kcal and a single one makes a ton of zoodles, so personally i like using only 1/2. Sautee it for 3 minutes w/ garlic, pepper, paprika and some red capsicum or tomato, set aside, make a low-cal sauce from 150g canned tomato, spices, half a carrot and half an onion (this will end up around 45kcal) and top your zoodles. Bam, meal for ca. 120kcal at most! And if you reduce the cauliflower porridge from above to 2/3 of the recipe, you can have both dishes, still for under 200kcal as main course and dessert!


Last resort, cooked veggetables. Those frozen veggie packs in the freezer section of the stores tend to have between 20 and 35kcal for 100g. I usually cook 200g of them (56) in tbsp of soy sauce (8), 50g tomato paste (~13), loads of spices and garlic (i tend to count as ~6cal) and 2ml of olive oil (17). Sometimes I add corn, or peas or onion, if the prepackagaed veggies mix doesn't already contain those. The meal described here is 100kcal so it leaves enough room for a slice of bread too, in case you're craving bread - it really makes the veg more filling somehow.

Sweet potato (half of it, boiled is about 90cal if you take a small one) , chickpeas and spinach

I love quinoa crust pizza, with tomato and veggies, if you use the whole bag of quinoa you have 300 cals but you can make two pizzas out of a bag so ...

i dont count cals strictly but you get the idea

Salad (calories depend on what you add to it)

This is what I usually have for dinner - I know that some of these arent vegan, but you can try them by using vegan ingredients instead!

I’ve been eating 1/2 bag of microwaveable cauliflower rice (60 calories) with sliced mushrooms, carrots and onions. Usually about 3/4 cup of all the veg together. I sauté the veggies with a little non fat cooking spray and add a little H2O to the pan to keep the veg from not sticking. I’m guessing the veggies are probably 75 calories so I’m thinking my all in total is about 135. Sometimes I add a teaspoon of low sodium soy sauce and that mimicks fried rice for me.

Been here since 2014 - Deleted my account in an attempt to "not relapse", but guess who still relapsed lmao.

Low cal vegetarian meals.. I got your back. lol, these are my go to.

I love stir fry with celery, carrot and eggs. I use small amounts of water instead of oil to cut cals. plus if you want more volume in the meal you can probably take out 1 egg yolk to cut cals, plus another whole egg. Garlic and soy sauce is good with this for flavour.

A tin of diced tomatoes is about 100 cals so pan fry (again no oil), with other low cal veg like carrot, mushrooms, zucchini or whatever you like. I like to add either lite cottage cheese or olives to mine but for only 200cals I'm not sure you could fit that in.

I also like a salad with a small tin of tune. Just use lots of lettuce and a few other low cal salad veg, no dressing.

This one isn't as filling as the other things I listed though.


Recent blog entries on this topic