Anyone else vegan/vegetarian for "strange" reasons? - Page 4 - Vegetarian/Vegan/Raw Food Diets - Forums and Community

Anyone else vegan/vegetarian for "strange" reasons?


71 replies to this topic

When I was a really little girl my daycare gave us lunches and they served milk one day- I shit you not, I took one sip and started crying because for whatever reason the taste made me picture a cow being slaughtered.

Also tho tbf, my mom was vegan the entire time she was pregnant with me and my body does not process meat well at all. 100% I think because my diet never had meat introduced in the womb, my body doesn’t produce the enzymes to break it down 🤷🏼‍♀️ Genetic anomaly? Probably not.

“None but ourselves can free our minds.” 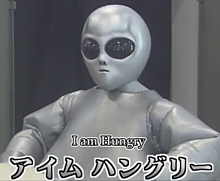 I abused LSD for 3/4 months 2 years ago and even though I stopped, I first lost my appetite for meats and then for all animal products. Other acidheads I’ve met also have had similar experiences so maybe it’s legit something to do with the LSD chemical itself. I feel good though... I like being vegan since I also got to drop a lot of weight as a result too.

I eat stuff like butter or cheese when im visiting family coz im not gonna make my mum make a vegan version of a dinner for me or buy vegan alternatives of stuff, plus the constant teasing during every meal time i got when i became vegetarian was so fkn annoying and id rather avoid the extreme turbo version of that gfdjhk

i went vegetarian around 11 years ago when i was around 6 or something because i didnt like my mums cooking, and later became aware of how the animals were treated so it stuck. now i cant stand milk or eggs and im discreetly trying to go vegan

I went vegetarian around june,i have tried becoming vegetarian because of animals but failed this time it was just a random decision i was like ''why not'' and i have been a vegetarian for almost 6 months now

I was raised vegetarian, so I've been one my entire life, but became vegan for less conventional reasons.

I have struggled with acne on and off and realized that dairy was a major trigger for me - so for vanity reasons, I no longer eat dairy.

Eggs have always grossed me out.  The texture, the smell ... and I once read a story of someone who bit into a hard-boiled egg and it was fertilized

I know that's a delicacy in the Philippines, but it's honestly saddening, sickening, and just about the most vile thing I can imagine!

‘Kay. So how useful are you being to the animals right now by ripping on people on the same team as you on the internet?


Not ripping on anyone. It’s just a reality check. Conversations need to be discussed. Particular points and opinions are good ways to help people see others’ understanding, even if they continue to feel the way they already originally did.

It’s not about ripping on anyone. But being vegan doesn’t mean that a vegan is better than a non-vegan. No real truth to that.

This is my comment from the above
Not ripping on anyone. It’s just a reality check. Conversations need to be discussed. Particular points and opinions are good ways to help people see others’ understanding, even if they continue to feel the way they already originally did.

It’s not about ripping on anyone. But being vegan doesn’t mean that a vegan is better than a non-vegan. No real truth to that.

And above that is the quote from the other user.

I had a crush on a vegan and I wanted to impress them lol. I also have a really hard time refusing food from people so having a reasonable/honorable reason for not eating really helps. Plus the fact that it’s better for the environment and the animals doesn’t hurt.

I’m a eco/biology student & studied prion/protein based diseases like mad cow & kuru ... I became adverse to animal products overnight. Eating meat puts you at a higher risk for protein based diseases, it’s cruel to animals, bad for the environment, AND a major heath risk to the people who work in the meat industry. Vegan for almost 2 years now