one person you need to beat in weight loss


82 replies to this topic

I have a cousin who's my best bud and he's always been skinny, and for a long time I really wanted to weigh less than him if it was even possible. It was, and it wasn't a big relief or anything, it just happened.

Ghost in the Machine

Ghost in the Machine

It’s messed up but my 15 year old cousin.. I’m 31 and she’s over twice my size. The politics is not her fault but that side of the family wanted nothing to do with me or my brother when we were kids yet my cousin comes along and the sun shines out of her ass, I mean she can have them but still, her Dad is always posting photos of her eating cakes and sundaes on FB, all stuff I never had as a kid, I want to reach my UGW before the next family gathering so I can show her up.

My aunt.. She’s one of the ones who wanted nothing to do with me, she’s a twat, I worked with her briefly and she told everyone when I had a yeast infection and I even caught her bitching behind my back for no reason (I just mind my own business). She’s super morbidly obese, probably getting on for 600lbs and she’s now on a health kick, spamming Facebook with videos of her doing pathetic workouts, photos of her health food, the best part is my dad saw her recently and said she’s gotten even bigger. One of my favourite things about being skinny is that it’s another way to dissociate myself with the rest of them. Plus I just want her to feel shit about herself when she sees me next as I’m proof it’s not genetic.

Everyone on my team at work, tbf I’m by far the skinniest but I’d like to keep it that way.

"Bear in mind, people with eating disorders tend to be both competitive and intelligent. We are incredibly perfectionistic. We often excel in school, athletics, artistic pursuits. We also tend to quit without warning. Refuse to go to school, drop out, quit jobs, leave lovers, move, lose all our money. We get sick of being impressive. Rather, we tire of having to seem impressive. As a rule, most of us never really believed we were any good in the first place."

my sister and aunt who both made remarks about my weight growing up. 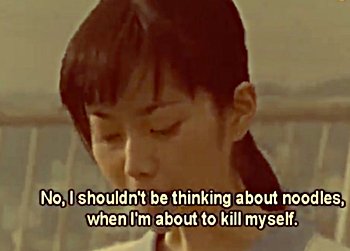 My old best friend from elementary school. I’m 18 now and she always used to rub it in my face that she was naturally thin, while I was chubby. She’d brag about the boys who complimented her & give ‘friendly advice’ on how to stay in shape. I hated her so much. I still hate her. Yet at the same time I want to be her. I want her to feel the same way she made me feel. I think to myself “I must lose another 10 lbs” whenever I see her; she’s a massive trigger. This disorder has made me a terrible person. I honestly hate every girl that’s thinner/prettier than me

UGW: 105 (hoping I’ll have the common sense to stop after that)

i've never really had this urge? even to people that made fun of my weight in high school

not going to lie when i see very thin girls i think they look disgusting, maybe that's why? except for my ex gf, love her to death

my twin sister. Ive always been more athletic and muscular and she was bigger than me for a while until I was forced into recovery and she naturally lost some weight. She eats complete shit and it pisses me off. Im skinnier than her again tho. She's like two inches taller than me so ughhhhhh.

anyway ya I felt disgusting when I was fatter. EW

Vegan for the animals

*Disclaimer* If you know me please don't tell me

1. My childhood bff.
She is probably the reason (or her mother) i got so obsessed with fat=bad. She was kinda chubby as a kid and I was normal weight. During puberty she “grew into her body” and became skinny (and popular) while I instead became a bit chubbier (and an outcast). She actually complemented my weight loss during my first restrictive period (~14 years old). That is still motivation tbh. Now she is a (successful) dancer with a lot of muscle and I am definitely tinier than her. That feels nice.

2. A girl in my class in high school. She is a good deal shorter than me (Maybe 10-20 cm) but was suuuper skinny (my main thinspo for a long time) After graduation she got in to bodybuilding and now weighs more than me(!!!) like 3 kg more. Now I am the skinniest in our class (even though we have graduated)

as my luck would have it I have two, my sister has IBS so her weight has been falling off and then an ex-friend who doesn’t eat to cope with his stress who’s been said to keep getting thinner
both of these people are on my blacklist and I have to weigh less because I’m the youngest and they bring their own problems about and get remorse from everyone but at my normal bmi I’m basically nonexistent

this is messed up, I know. but a couple friends. both have struggled with eating disorder, bulimia and anorexia. they're both more or less recovered now.

one is so skinny right now, I remember seeing her a few weeks ago and being so envious of her small waist, I was going to compliment her but I decided against it. a week or so later she was saying how she lost so much weight because she lost her appetite and couldn't maintain her muscle because she can't go to the gym with quarantine. she was talking about how it was hard. I love her to death but that comment just sent me in such a spiral. I totally understand her, she's always had a low body fat and looked skinny. and it made me realize how skewed my perception of beauty was when her losing MUSCLE seemed pretty to me.

another friend is at a higher weight than I am now, she's slightly shorter than me. at some point she weighed under 90 pounds. I still remember her when her eating was at its most "disordered". sometimes ill look at photos we took together to see her when she was that skinny. its scary to me that I wasn't there for her at that time because of how much I looked at her for inspiration. she was obviously not well.

when the first friend I mentioned had bulimia I knew, not the details but I knew her way of maintaining weight was not healthy. I hate that I wasn't there for her either. I again looked to her as inspiration and a challenge. she was always skinnier than me and when she started gaining weight and for a brief period I weighed slightly less than her I was so happy.

so I do have inspirations/challenges but I really hate it, it distorts my vision of healthy and I have this voice in my head of dont say anything. dont help because then you will lose this inspiration. I think I have a better handle on it now but its something no one in my life will ever know, im so ashamed of it.

Carbs are the Devil

Carbs are the Devil

No but fr i have quite a few friends I used to be jealous of and In general I still am but since my boyfriend and I moved 1200 miles from our home state I don’t think about them anymore really. If they pop up on my Facebook feed then yea but otherwise nah I just wanna be skinny myself.

An ex friend that has always had the ideal hour glass body!
Big, perky boobs, tiny waist, flat stomach and round bum.

I was so pleased when she fell pregnant, but with 2 months was smaller than before, no stretch mark, only downfall was her boobs weren't as perky!

She doesn't exercise and has takeaway food everyday, if not twice a day!

Sent from my Nokia 4.2 using Tapatalk

She always says UGh cAnt gain Weight I wanT SO bAd, she is bmi 16.5 and it's the classic "naturally skinny"

I eat so much! Ate pizza, burgers, cakes and cant gain weight Y-Y

While she eats either only that during the day or normally her diet consists of grilled meat, fish and steamed vegetables.

Oh and she constantly tell how many steps she did during the day like oh look 10000 steps today. I lowkey think she is anorexic, she also has a t-shirt with a skull and says "SKINNY BONES" LIKE DUDE ?

Its like she knows my struggles (i told her) yet tries hard to shut out she is skinny and cant gain weight...

She often used my scale to brag her 49kg (she is 172cm) and even after eating pizza goes like ugh always stuck at this!

I really cant wait to weight myself in front of her like she does and say oh wow im 50kg while being taller and skinnier than her.

Still love her though but we all know the ED competition

I’m I one the the few people who don’t have someone they want to be more skinny than (idk if that’s proper English)
I’m trying to rack my brain to find someone skinny in my life to compare myself to, but honestly I don’t think of anyone.
Personally the only person I wanna beat is me, I I mange myself as being so tiny isn’t almost unhealthy and that’s the person I wanna beat 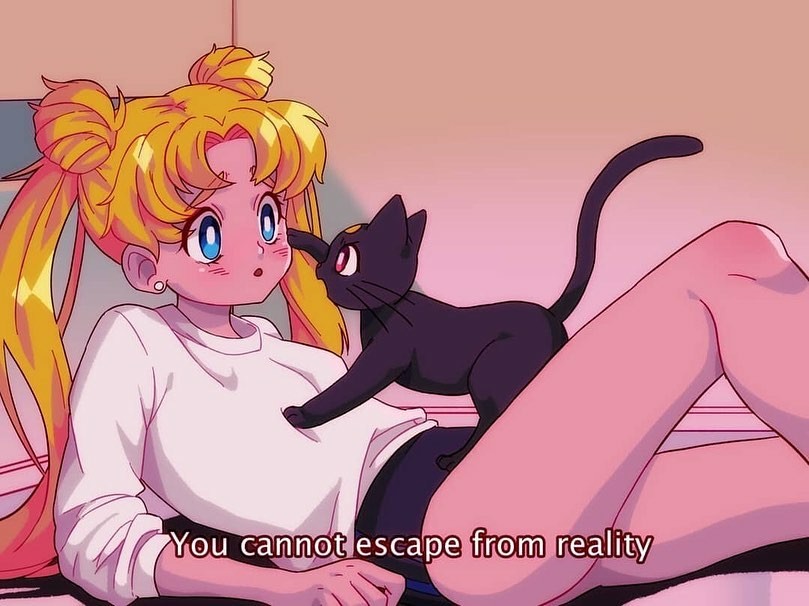 Not so much anyone irl because opposed to thinspo where only the body is on display, I feel sorry for the person irl.

But I do feel a need to be skinnier than characters/actors on TV series or movies.

Sorry if I'm not reacting to answers to my postings - most of the time I can't open my notifications.

So I have this cousin I hate. It’s a long story but she repulses me. On top of that, she’s really thin. She’s naturally thin but she’s lost a bit of weight. I feel like I’m in a competition with her. Like I HAVE to be thinner than her. That would make me better than her. Do you have anyone like that in your life?

my cousin. she has this weird god complex bc she’s naturally skinny and is always fat shaming and skinny shaming random ppl and even her own family members and her BABY. and yesterday she said “don’t be mad because i weigh less than you” so yeah i need to weigh less than her lol and it won’t be that hard bc she’s taller than me

I have an old friend who is absolutely gorgeous and thin and tall and I want to be thinner than her because she hurt me. I also just want to weigh less than my boyfriend which I already do but not by enough

This is gonna sound fucked but the people closest to me. All of my friends and my sister are fucking GORGEOUS and talented and kind and amazing. I need to at least have one thing over them lol

my ex boyfriend's current girlfriend. doesnt even matter that my ex boyfriend told me shit like 'dont lose more weight youre fine as you are' the fact that we broke up and hes now with a skinnier girl says it all..

let all that you do be done in love