Infertility? How long did it take for you to get pregnant? - Age 30+ - Forums and Community

Infertility? How long did it take for you to get pregnant?


3 replies to this topic

Hi,
I’m 30 years old and also posted this in the pregnancy forum. I have a history of Bulimia and Anorexia although my weight and period is normal now. I did partake in extreme restricting last year for my wedding and my BMI was 19 after losing 10 lbs in 2 months. Other than that I’ve been pretty healthy with my eating patterns over the last 2 years and have maintained my BMI around 21 eating “normally”.

My husband and I have been having trouble getting pregnant, although it’s only been a few months. I went to my doctor for fertility testing because my periods have become slightly irregular and I spot several days before it starts. I was diagnosed with “diminished ovarian reserve” aka I don’t have many eggs left. They drew a blood test called AMH and my level was super low (0.3 ng/ml) AMH is the hormone your eggs release...

I was wondering if anyone had fertility issues?? Or how long did it take you to get pregnant? My doc has already mentioned IVF and I really don’t want to do that 😔 the thought of injecting my body with fake hormones and going under sedation to retrieve eggs and make an embryo in test tube just sounds miserable. I am wanting to wait a year of trying before doing IVF but my doc thinks I should get a consult around 6 months.

Any info is helpful 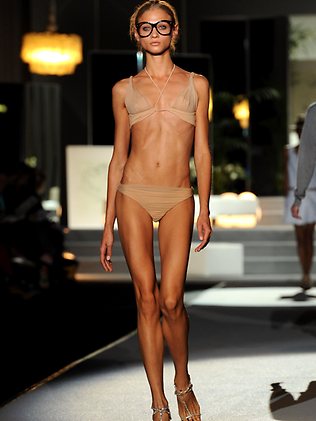 "We've been given the dignity of choice; to become a part of what we could be, or all that we can be."

my friend had trouble conceiving when I think she was 29, even though it had only been 6 months of trying her doctor put her on clomid (to force maturation and release of eggs) and got pregnant the first month on it!

Hi! I don't think I have any specific advice, but I'm currently trying to get pregnant as well and it is really frustrating. My periods were SUPER irregular (and have been most of my life) because of my weight. I tried gaining some weight and that has regulated my cycle but it hasn't helped me conceive yet. My doctor has also written me a prescription for Clomid, but I haven't tried it yet.

I've heard that if you're under 35 you can try for a year before they do any infertility stuff, but they started me a bit earlier because my cycles were so hellishly irregular.

Idk if any of that helps, but I also just wanted to connect with someone on here who is also trying to get pregnant!

Honey I am SO SORRY to read this, as it is the same journal and difficulty I went through. I am 38 now, was 36 when I was diagnosed with DOR (I forget my numbers but comparable to a 45 year old's fertility level/qulaity, and I think 0.3 sounds really familiar but I can't find the photo of the chart I took that day). I have bad quality eggs and not many left. We started trying a few months before I turned 35 (we had wanted to earlier but I had some health issues that prevented us). I went through IVF and it was an experience. I am not exagerrating when I tell you it was the hardest thing I've ever gone through, both emotionally and physically, in my whole life. I gained 20lbs (I refer to it as my "pregnancy weight" because the hormones are the same and make you super hungry and emotional).

(This ended up being a long reply)

Ultimately, it didn't work for me. We were able to get it partially covered by government - I'm in Ontario Canada and they cover the procedures but not the drugs, so we still paid 10k out of pocket, and my partner's family refused to help (they are VERY well off so it would have been nothing to them). So the day I was diagnosed I also found out that my "weird period" I was having was an early miscarriage or Chemical Pregnancy, which is one that ends before a period is missed. It's pretty common for women with our diagnosis, because the eggs aren't strong enough to survive. So I had to wait around 3 months for my HCG to go back to zero before we could start stimulating for IVF.

Started stims in September, and harvested end of the month or early October. We got 9 eggs, which is less than half what women usually get without DOR, but my doc expected only 5-7 so that was great. Every single one fertilized!!!! 100%, which is incredible rare. However, only 1 embryo lasted to 3 days, which is their baseline age for implantation. So in all that effort, we were down to 1 shot at this.

I went through the stims preparing for implantation starting sometime October, but I was unresponsive. We tested a different protocal (I don't remember what the differences were) which also didn't work. Then it was December and my next cycle was due around Xmas, and I was having to take the bus 2.5 hrs to the clinic for these visits because I can't drive. Because it was Xmas time, the bus tickets tripled in cost and I couldn't afford it. I was also at a breaking point and on the verge of nervous breakdown from all the stress, having to leave work all the time, the 4am bus trips, etc.

My implantation was in January 2020, and it didn't take. I won't go into detail but it was the most difficult month. We asked the doctor our options, and she didn't think another round of IVF would be successful in my case unless I had donor eggs (Which are around 10k to import from the US since Canada doesnt have donor banks, PLUS the cost of IVF procedures and prescriptions for another 20k).

In February We tried an IUI (intrauterine insemination) with minimal drugs in my body since it seems like my body didn't react well to all the additional stimulation, and my partner has an incredible sperm count/health for a man who just turned 40. He had actually gotten two exes pregnant by accident though neither kept it. IT WORKED! But only for two weeks. I was inseminated on Family Day (third monday of Feb in Ontario), but I had very low HCG (the pregnancy hormone). It fell below the sustainable level the first week of March.

A week later, the global pandemic was announced and medical care facilities shut down. We had decided to take a break and decide if we wanted to continue IUI, but we haven't tried again since. We have finally decided on adoption and are getting our ducks in a row to apply.

IUI is a less invasive option that you should discuss with your doctor. IVF is a traumatic experience and shouldn't be taken lightly, get professional mental health support if you can because you will need it. I don't regret it at all, but it was very hard. The weight gain of IVF and miscarriage can be very triggering as well. A year of waiting when you have DOR, particularly so young, could mean the difference between success and failure and it's why my doctor suggested skipping IUI because she didn't want me to waste any time.

Clomid isn't really recommended for DOR because you're likely to ovulate more eggs and potentially wasting some good ones if the bad one gets inseminated instead. It's more for people who have unpredictable ovulation, AFAIK.

I'm here if you want to talk at all. DM or replies are fine, I'm happy to help if I can. It was way too difficult to talk about when I was going through it, I kept it secret as if it would make it less real. But I'm all about advocacy and support now <3