How did you get fat? - Page 19 - Starting at a higher BMI - Forums and Community

How did you get fat? 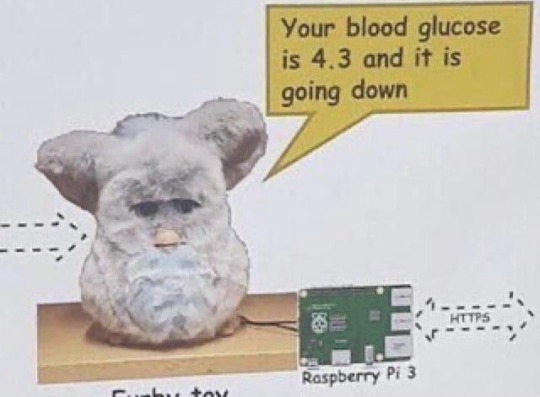 Your eating disorder is valid

regardless of your age and size.

You deserve to get help.

I got so damn hungry and I couldn't stop

Ok but seriously.. I weight cycled for 25 years up to my HW which happened during/after trauma treatment.

Feeling like I was expected to eat the same portion sizes as others. Getting told I needed to be 'fattened up' and all the times I became nihilistic after every time my weight jumped up in the presence of others who obviously had much faster metabolisms than me. And eating junk food as the nihilism and sense of futility and thinking I would never get back to a low healthy weight, let alone getting back to underweight. Eating badly whilst depressed Oh yeah and getting berated for potentially upsetting fat people if I said I wanted to be thin or felt fat -and feeling silenced and miserable. I know it's a horrible thing to say but I felt like I was subtly and overty subjected to shamings for being thin and wanting to remain thin due to other people's jealousy and other people's behaviour about my weight made me depressed. Another factor was people constantly splaining to me about nutrition as if I was stupid, which made me depressed too and more impressionable to other people's norms and agendas. IDK I think peer pressure to overeat in the UK is really really bad right now. I think about 78 percent of adults over 40 are now overweight or obese and a lot of them can't deal with their jealousy for the 22 percent minority who are normal weight or underweight. It hasn't always been like this in the UK. In 1980 only about 15 percent were overweight or obese so all the things people patronisingly lectured me about -about 'your age' or 'your genetics' when I found it hard to lose what I'd gained due to peer pressure from others just seems like a load of concocted propaganda and bullshit from people who won't own their own responsibility for their bodies and want to put skinny people down. The UK population haven't had their genetic code re written since 1980 so arguments about genetics aren't going to wash with me. In my case a lot of what caused me to gain weight was being in an overly politically correct overly obesity positive culture which gives skinny people nothing but grief. So I'm glad that whatever mental breakdown that finally happened when I reached a number that was over double my LW happened. Another thing that caused me to gain weight was a pressurey partner who couldn't stand the fact I was vegetarian before my major weight gains started. She wouldn't give me any peace about me not wanting to eat dead animals 'cos she knew deep down that murdering animals for food was violent and inhumane. So I got a load of grief for being vegetarian. Eventually she accepted murdering animals for food was violent and became vegan. But that wasn't before I'd succumbed to the pressure of carnists and their bullshit. Consequently I gained 20lb on top of the highest weight I could actually call 'bearable' or ok. -And things slowly spiralled out of control from there with additional gains due to a damaged ankle and a damaged knee and at times excruciatingly painful disability which makes it harder to exercise effectively. The fat around my knee joint made the knee problem worse creating a vicious circle, but never did any doctors say lose weight that will make my knee less painful and it easier to be more mobile -I suspect probably because they don't want to upset the pro fat lobby in a country as unhealthy as the UK. Other peoples' pressure and ridicule and patronising attitudes were the biggest factors in me going from a subclinically anorexic adolescent teenager and twenty something to me eventually developing a morbid binge eating disorder, until something eventually snapped or broke in my consciousness that made it impossible for me to feel hunger in the normal way any more -resulting in me being more militant about losing weight than at any other time in my life, and much more so than when I was at my lowest weight in my 20s. I'm happy my old friend Ana finally came back, but I'm still a bit angry about all the pressure I was subjected to by jealous overweight and obese people, and carnists whose toxic behaviours toward me led to the chain of events that led me further and further into an overweight BMI and eventually obesity, and some kind of undiagnosed BED with stubborn belly fat I never wanted, that most people in the UK just think is normal. At my highest weight I couldn't even bend down to fasten my shoes, but all I got was people telling me to be positive about my body. Now I feel like some kind of underground subversive militant and dissident just for trying to get back in control of my own embodiment on planet Earth without the privilege of gym membership or and expensive personal trainer to help me. And it's not like any of the people who pressured me to be overweight and fat really cared about my mental or physical health either. If I do accidentally starve myself to ill heal (or death) just trying to get down to the low end of the 'healthy' BMI range I don't think many of the fat people who pressured me will care because all their moralistic posturing about fat seems more like some excuse to virtue signal and be self righteously outraged as some kind of political point scoring exercise. 'How did you get fat?' is quite a triggering question. Others in short. And crisps. And also 'don't get me #&£#ing started!'

(wierdly it was mis-recorded as 5'9" in my medical notes for years! lol) 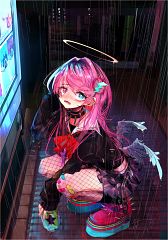 over-restriction+depression. i'd be size 0 if i would be always happy lol.

"nothing really bothers her, she just wants to love herself."

Recovery mostly - finding out my body's actual set point is actually around a BMI of 24...not 20 like I demanded for ages haha. Then my husband had a stroke and I was chucked inpatient at the same time so was comfort eating. Then when I got out of hospital, covid hit strong and I've been in lockdown for what feels like forever - so I became a couch potato who just didn't give a shit any more. Then I started giving a shit again lol, and I've lost a few kilos since then, but a long way to go still.

recovery, people around me making me eat lmfao

I’m pretty sure some people are just genetically meant to be fat, whether society wants to accept that or not and I’m probably just one of those people. Also at the time when I first gained a lot, I was eating out at restaurants a lot

i was overweight as a child, it was never addressed. i did not realize i was fat until other kids teased me for it. from 12 years old onward, my weight fluctuated due to mental illness/ trauma and a general lack of self control. i'd lose 10lbs and then gain 15. i'd restrict for weeks and then binge for weeks. i finally made lifestyle changes and lost 70lbs but then i was put on meds that made me CONSTANTLY hungry and i wasn't strong enough to fight it. spending months at home due to quarantine and the added stresses related to that meant i was comfort eating constantly. for months, almost a year. now i've undone all my hard work and have to fight through bad habits and mental barriers all over again. it sucks.

I was 114 lbs this time last year. I gained 50 lbs in a year by getting clean from drugs, going on antipsychotics, and steroids for my autoimmune disease

thyroid disorder (hypothyroidism) plus not caring about what i ate for a while as well as overeating often, most days even. quarantine did not do me any favors either

being raised in the south, around an obese family, and learning “eat big portions” and “eat whatever” from them

Recovery from anorexia led to binge eating. Now I think I’ve got over the binges but I’m totally stuck in this obese BMI body

being raised in the south, around an obese family, and learning “eat big portions” and “eat whatever” from them

I'm Trans and on government medical insurance in the USA, I've been on and off my hormones so many times my body legit doesn't know how to handle being a body. That includes metabolism and fat distribution

Autism and recovery. I'm hyposensitive to taste and can't guage fullness. I did recovery first and they pushed intuitive eating heavy. I intuitively ate myself to damn near 300 pounds before I officially got my autism diagnosis. Working with my psychologist and dietician whose focus is with neurodivergent people, we've found that calories and food rules are the way I can manage my weight. I just did too much of it when i was younger and I'm constantly toeing the line of triggering myself into restriction to try to get to a normal weight lol. I hate it here.

Stopped doing ballet due to a really bad concussion which also forced me to drop out of school because I was pretty much bedridden for a year and a half, but I kept eating because I was really bored...so yeah :/

there is nobody nice

I got put on some medications that aided weight gain and I became depressed.
I also moved in with my mom and she helped get me up to 273 pounds (the heaviest I have ever been). When I was in high school I was a size 8. Now I am a size 18 in Juniors. I hope to be a size 12 by Christmas. I go on walks everyday and I drink more water and eat more vegetables and fruit.

Sent from my KOB-W09 using Tapatalk

I went to residential treatment.

There, I was given the combination of a high dose anti psychotic med and the advice to eat intuitively, which led me to gain about 80 pounds in "recovery." Well, and some bingeing too, I am at fault.

Back to Starting at a higher BMI