The Future of MPA - Page 14 - General Announcements - Forums and Community

The Future of MPA

Does better security mean that the forums will be available only for registered members and not for literally random strangers on the internet?

Does better security mean that the forums will be available only for registered members and not for literally random strangers on the internet?

Take a look at a Vertical Scope forum -- veggieboards.com to get an idea of their functionality.

Security just deals with the security of the user data from hackers and shit. The company's whole purpose is to drive traffic to the website. They WANT people to come.

Is it possible for a recovered anorexic to lose weight the healthy, right way?

Oh I am SO glad we are now in the same hands as the managers of veggieboards.com and mothering.com. Lovely.

"Yeah, lets put an EATING DISORDER FORUM in our wellness group" ---- said no one ever. 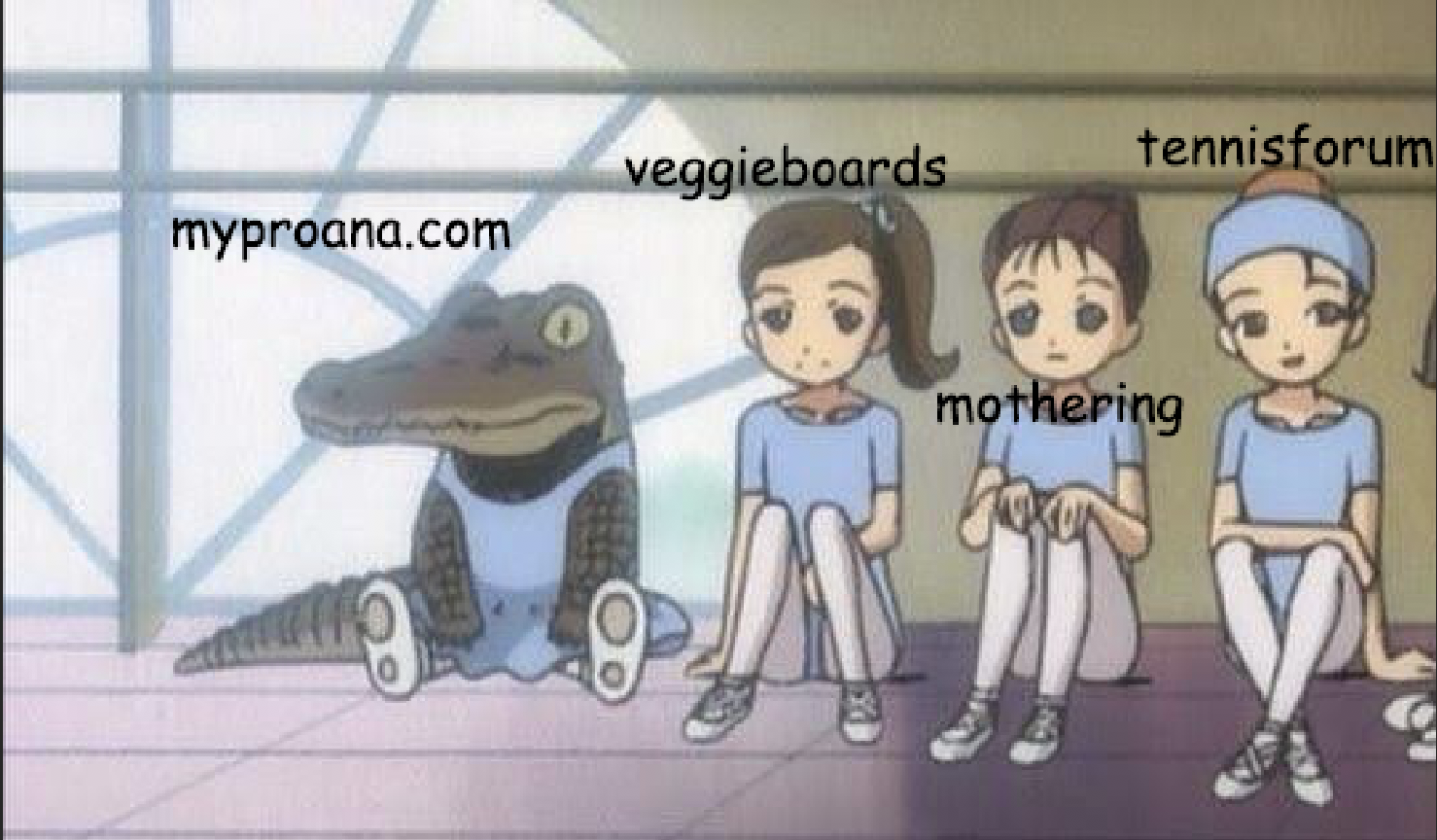 I cannot wait to have my career ruined by a third-grade web design club. Is it possible for moderators to mass-delete a member's posts before a specific date? If it is, I would appreciate it very much if someone could delete all that I have posted before today. If it is an all-or-nothing choice, it is alright if you must delete my recent posts, as well.

"WHAT DOESN'T KILL YA MAKES YOU THINNA" —Galia Grainger

If the only thing to change is more traffic, that alone is a tragedy. If this place becomes very popular of course there's no chance at all of certain forums remaining, of course there will be heavy censorship. Otherwise first TikTok will find it then the local YouTuber who rips off TikToks will make an #exposed video about us, then parents will find it and post all over Facebook even more all outraged, then there will be a news article and we'll get branded as Literally Encouraging Suicide. No, can't have that. Bad press. The increased traffic means everything must be squeaky clean and pro-recovery. It will be stifling and insufferable otherwise it will cause too much outrage. That's the only way.

157cm/5'2" aka short but with long legs, proportionally

Trying to stay out of IP

Alright, so what is being referred to was the ground shattering, planetary mass extinction level event that forever changed the entire face and dynamic of pro-ana Internet culture. It's the pro-ana moral equivalent of the bombing of Pearl Harbor.

Explanation (sans metaphors): July 30th 2001 (actually, not 31st, my bad) is when service providers Yahoo, MSN, and AOL (along with tons more in the following months) at the behest of ANAD (i.e. think of them as proto-NADA, they were relevant then...but 100% irrelevant now) after months of PR campaigning and corporate and public media vilification of pro-Ana got all the then-major service providers to ban pro-ana. There were hundreds of pro-ana sites, pages, yahoo clubs, msn groups, ICQ groups, free forums, geocities pages, etc.

This is what started it at all.

Throughout August of 2001 especially, but in the months and years after all of these hordes of newly-homeless pro-ana exiles would form new groups, new pages, and get banned again. The major modern equivalent is how Discord makes ban sweeps of pro-Ana discord groups that would re-form every few weeks or couple of months, but times 100.

Ana was not "banned" prior to this in any way, shape, or form.

There are numerous archived web stories of the time, but this is one of the most famous from TIME Magazine:

This is why Blue Dragon Fly, and the oldest of the old-school major forums were created and hosted on dedicated domains on commercial servers...pro-ana had been driven off, en mass, quashed and surpressed. This is why House of Sins and those few technically savvy enough to host their own server (often in their basement) under their own domain would help other pro-ana sites get set up with FTP/webserver accounts to put up their own page that wouldn't get banned.

This "event" prompted a sea change in how the pro-ana community viewed itself from an underground/alternative community, to a banned/suppressed/and morally verboten community.

We are three months from the 20th anniversary of this AnaPocalyptic event (god I feel old.... I need to find my Hammer Pants). In the years and decades since the online pro-ana community has almost completely consolidated into just a few places (again, down from hundreds and hundreds), and primarily, majorly, MPA. Thus, with this news about change coming to MPA, it does evoke (in me at least) reverberations of the last Great AnaPocalypse of 2001.

AnaPocalypse spurred a lot of innovation (by necessity) into what is widely considered the "golden age" of pro-ana sites of the early 2000s, so change can be good. But at the same time there is legitimate cause for worry. One can bet all of the militant anti-pro-ana folks will be celebrating and drinking champagne at this news, especially if the worst predications come true.

Admin thought he was selling a form full of teenage girls who would have no idea what was going on.

its not even one full year since M.L.I.S.T.Y died, and so many other of our friends and members,

these people will be receiving blood money, and admin will receive blood money too.

I'll say one last thing for the evening. The goal is not to just make it some recovery dead zone. You won't be forbidden from talking about ED. Living with something is just as big as overcoming it. It would be insane otherwise. Putting the site on a new stabilized software inherently makes it more visible to google crawlers. That's just a fact of site hosting. Personal information can and will be removed on request. Same with photos. Things that would cause Google violations that could get the site axed will be behind a login wall at least and yes some stuff may be removed. Not arbitrarily, not based on some inane puritanical sensibility, based on the singular question "does this do more harm than good" that won't be up to one person.

PSA: If you have an issue with any warning received from a moderator, messaging the Admin to fight or argue against the warning is not an ideal way to resolve any issue. The moderator team is not new here and have been delegated the responsibility of warnings and moderation of MPA. If you wish to discuss your warning, please message the moderator who sent you the warning or the entire moderating team to open a dialog. 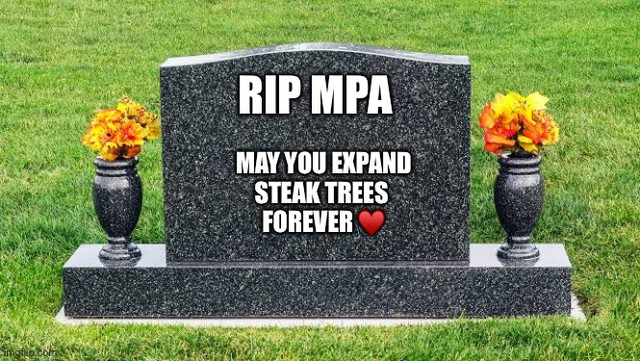 My boring stats below. Probably haven’t been updated since the Jurassic period.

🌺 Welcome to my (extra shitty) EXPANDED signature! 🌺
This shit in here is more for my own records, but feel free to read it. Or not. IDC.

🌸 BED diagnosed (EDNOS probable, when I’m not in complete denial) 🌸
My life is CONSTANT VIGILANCE against bingeing. I accept that I will always have to battle this. I've been doing it for 18 fucking years. Sigh. If my bingeing was a child, it would be legal to drink and vote in my country.

Every love story is a tragedy if you wait long enough.

I cannot wait to have my career ruined by a third-grade web design club. Is it possible for moderators to mass-delete a member's posts before a specific date? If it is, I would appreciate it very much if someone could delete all that I have posted before today. If it is an all-or-nothing choice, it is alright if you must delete my recent posts, as well.


I can somewhat mass delete all your posts - I can do it to all the posts that show up in your content currently (only goes back 1 year). What periods of time do you want deleted?


If anyone has issues with anything related to EDC, please send me a PM here instead of creating a thread about any EDC issues on MPA. I am still here helping members and doing what I can, so let's be respectful of MPA and not spam the forums here with issues or complaints about EDC. Please PM me directly and I am happy to help. <3

I wish I could offer you some peace of mind. I hope you find some solace in wherever you land. You’re totally right that this is fucked up and for profit and not in our best interests.


thank you sm :’( whats ur edtwt? i haven’t used it in a while but well i guess i should branch out

and also distressed orange and foxii for the very eloquent and important points. and again all the mods love u bb xx

at this stage, Im not sure that admin even cares, for these things.
if he cared, he would have closed mpa down, so people go to annea in edc or annamaguchi in pancakes,
so as it seems its about money.

but these are blood money.

they will always be, blood money.

its not even one full year since M.L.I.S.T.Y died, and so many other of our friends and members,
these people will be receiving blood money, and admin will receive blood money too,

because as i said in page 8, this is not myfitnesspal, there are some very serious shit in our pages in MPA.

And this forum, should have never been given to normies

thats why it was better, if it was closed down, than given to normies, profit or not they still normies,

they will never understand.


It's always all about money. Nothing new. The big fish eats the little ones. This is absolutely like big food companies buying little companies and monopolising everything. Freedom of speech online won't be a thing anymore if just a few big tech companies own every website. It was nice while it lasted, but of course just like there's only 6 or so food manufacturers and we are provided with an illusion of choice, this didn't last and we shouldn't have expected it to. Sad.

157cm/5'2" aka short but with long legs, proportionally

Trying to stay out of IP 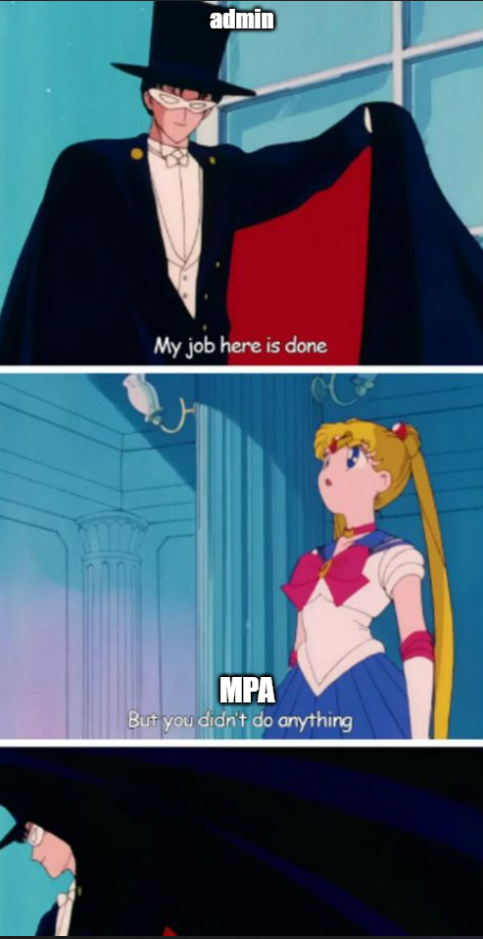 Back to General Announcements