14 replies to this topic

Anybody else self harm when they dont stick to their "diet", or whatever tf u call it when u are restricting, or gain a pound or eat something you werent supposed to? Im 2 weeks clean and seeing all the scars on my legs just makes me want to do it more but my boyfriend is too closely watching me to make sure i dont again. Id like to stay clean but at the same time i dont care and every single thing makes me want to rip my skin to shreds. Comment how long youve been clean if u want

i used to, and loads of people with eds definitely do.

though tbh i think i used self harm as a way to punish myself for MOSTLY non-ed related things, but it factors in

now honestly ive gotten so busy with schoolwork i cant find the time to sit down and cut lmfao, also its really hot where i live in summer so i cant have fresh cuts or everybody will see ; 0

but yeah, youre not alone. ive been clean 1 and a half months now i think, just purely coincidentally though. i usually stop cutting in summer months

good luck with staying clean, and stay safe in taking care of yourself and your boyfriend! 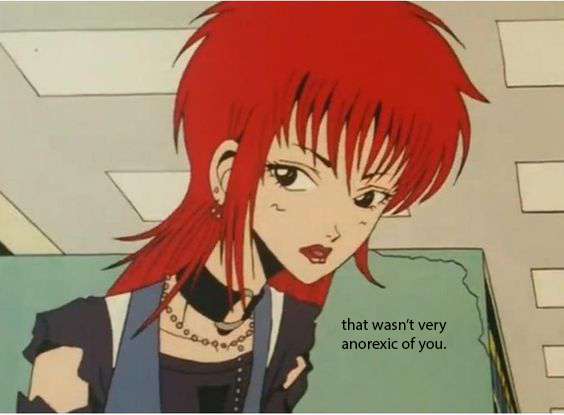 I’ve been clean from self harm for almost 2 years now, I think what helped me the most was finding ways to express those feelings I were having in non destructive ways like drawing, even if it was just scribbles on a page just getting that energy out of me really helped the impulses. sometimes I would even take a rubber band and snap it on my skin wherever I wanted to cut and that jolt would help ground me so I could move on

theres lot of ways to distract yourself so I hope you can find one that works for you, I’m sending lots of positive vibes your way bc I know how hard it is to be overwhelmed by that desire bc I use to punish myself in that way too

I’ve been clean for 6 ish years. My upper left arm is still fucked even after laser fading. I used it mainly for a grounding distraction when I couldn’t cope with domestic abuse at the time. More to feel in my body or in control? Have developed other distress tolerance skills with dialectical behavioral therapy though. Would recommend looking into it if you’d like to quit

I have been clean less than 4 hours. I completely get it. Even if I'm doing good restricting I want to cut because I know it's fucking up my life in other ways, but I'm restricting because cutting is so difficult to get away with anymore. I have a boyfriend too and it's hard af to cut and him not see them... This time I did it on the inside of my upper arm, almost to my arm pit.

I SH by banging my head on things when im angry

but i also relapsed with cutting yesterday but thats not really got anything to do with my ED,i feel like the 2 issues are separate and the SH is more linked to anxiety

I used to; I'm about 4 years clean now, but still get strong urges a lot of the time, particularly when I'm upset or stressed.  Part of me feels it's only a matter of time before I relapse, but I'm trying to stay strong.  I have a lot of scars which I absolutely hate, particularly as it means I'm restricted to long sleeves at work or around family.  I wish I'd never started cutting.

My SH had to do with other factors in life. But ironically I did it when I first started having disordered eating tendencies and counting calories and stuff. I'm about 4 years clean and one thing that made me slow down and eventually stop was my parents figuring out when they had no idea. The heartbroken looks on their face still flash in my mind. The other major reason I've been clean is because my social anxiety has gotten so much worse over the years. Basically I want to blend in to the crowd. I hate it when people notice me. I feel less of a human than others and I can't deal with even the tiniest bit of embarrassment. And when people noticed cuts or scars back when I did it I just wanted to shrivel up and die. I also realized wearing long sleeves and never wanting to swim on 90 degree days made me stand out. And well, scars are much less noticeable then fresh cuts. Inevitably my SH was stopped by another mental problem that has snowballed through out the years haha. But hey, at least I stopped cause damn was it exhausting always trying to hide them, esp. during the summer.

I still get urges or thoughts in my head to do it but every time I think of doing it my brain imagines what its like if someone noticed, found out, or judged me because of it, and that terrifies me to the point that I have absolutely no motivation to SH.

ugw - whatever i feel

AN-BP prolly??? and various other mental issues but let's not talk about that... 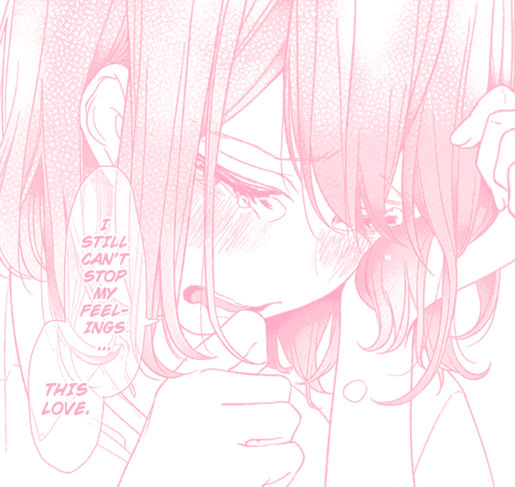 Stats below if anyone cares

im exactly the same, ive self harmed for wayyyy longer than having an eating disorder and altho i use it for punishment i still do use it to cope with other things as well as i have all this time now but i do view eating disordered as just another way to self harm and both are an addiction for me at this point

Aha yeah me neither

. The others that I know who have self-harmed said they did it because:

1. They wanted to punish themselves

2. They wanted to feel something, even if it was negative

3. It made them feel more valid in their mental illness

4. They wanted a family member to notice and get them some sort of help

I felt so ashamed about my reason for doing it because I thought: "Well I have to be REALLY fucked up to like this".

On another level, I feel like it's far harder to get clean from sh when you actually enjoy it. With my friends who used to sh, it was easier for them since sh wasn't something they liked doing. They just made the decision to stop, and they stopped. I spent months struggling and constantly relapsing, even though I was really trying to get clean. I started trying to get clean in August, but relapsed almost daily until the beginning of October, when relapses gradually became more rare. So far, I haven't cut in about,,, two months I think? Yeah. I'm glad I've been able to be completely clean for this long, but I'd be lying if I said that urges to relapse weren't constant. I'm holding up for now though.

AN-BP prolly??? and various other mental issues but let's not talk about that...

Stats below if anyone cares

This is something 'new' I've started this year :L

I'm not too bad at cutting basically only scratch's but hitting my head and arms + legs until they bruise is the go to for me.

I've also screamed once this year and had a couple of times where I think I've probably had a panic attack (sort of hyperventilated).

I just scratched my stomach tonight I only managed maintenance and it's just hot here and weekends give me anxiety (food shop, more neighbours around, less routine).

I'd done so well this week and been high restricting but for some reason tonight didn't feel good.

I obviously made noise when I screamed and on a couple of occasions banged on the floor when hitting myself. I'm still living with my parents at the moment though I'm 28:L embarrassingly they spoke to the neighbours and were like she's just awful with food in lockdown. I'm glad they did because they apologised when I wasn't able to but I feel neighbours maybe think I tantrum to not have to eat food like a child (instead of just my anger at my lack of control) which for some reason in my head feels worse.

I've been so paranoid the neighbours hate me too, like we took a parcel in for them the other day and I made my parents ask specifically if everything was okay.

I don't know I am capable of getting myself in brilliant situations clearly!

I haven't self harmed in a long time, but I'm feeling very tempted as of lately. It's almost like the ED drives me to punish myself in every way: don't eat, throw up, workout until I collapse... Starting to sh again seems like the next thing I should do. Suffer in every way possible until you're good enough