84 replies to this topic

I've accepted completely that this illness is likely going to kill me. It has been 23 years. I've accepted I am probably not recovering. Does anyone else feel like this?

When I was getting high I wrote a will. I saved it and didn't show anyone. I have some nice stuff, and I think it should go to my family and friends if I were to had not made it... has anyone else done this?

Have you thought about this?

"If I Can't Be Beautiful, I'd Rather Just Die" -Jeffree Star

"You Might Party, But I Party Until I'm Homeless, We Are Not The Same" --Anonymous

"He will wipe every tear from their eyes. There will be no more death’ or mourning or crying or pain, for the old order of things has passed away." --Revelation 21:4 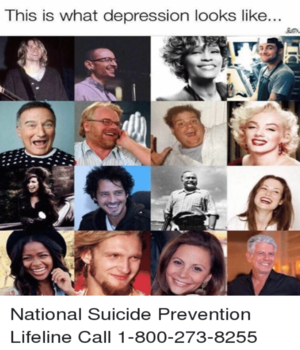 It is a morbid topic.  But I'm not superstitious and I like the idea of donating my body to a teaching college.

I want to be cremated

I've thought about this in depth. I either want to be cremated and turned into one of those tree planters so my corpse can become a tree in a forest or buried raw (whole? Lmao) in a forest to feed the mushrooms.

I feel like I've wasted my life and I just want to bring some life, something positive into the world once I'm dead. Even if it's just a tree or a few mushrooms.

I want to be turned into a tree.

I've accepted that death is inevitable for me at some point too, probably sooner rather than later though I'm trying to stick around as long as I can. I'm 11 years into having full-blown anorexia, but had disordered eating and pica long before that, and I have severe trauma around IP so I'd never be able to access any kind of psychological help to recover coz I fear IP far worse than death.

I definitely want to be buried not cremated, and I've been slowly saving for my funeral and burial for the last year. I've got a lot of anxiety around dying before I have enough money saved up and being cremated or not being able to have a funeral (I only want a really basic ceremony, so long as they say a prayer when they send me off, I'll be happy. I have religous OCD, among other types, and I get a lot of really terrifying intrusive thoughts about where I'll end up otherwise. It's also really important to me that my remains are in a church graveyard.)

I've got a will written, I just need to sort out 2 people who won't benefit in any way witnessing me signing the will so it'll be valid. That's the next challenge.

So I need to at least live long enough to sort out my death arrangements basically. I'm leaving everything to my boyfriend, and I want to try and get some things sorted out to help him remember me after my death too. Ideally I'd like to be able to afford a gravestone so he has a physical thing to see when he visits me, but that might not be possible. Funerals are so expensive honestly, I understand why so many people get into debt over them now.

I wish I could also donate my organs after death, I'd love to be able to do some good once I'm gone but unfortunately I've got a genetic condition that means they wouldn't be able to use anything. Not even my bone marrow could be used

tree or just cremated. dont waste space on me.

i'm schizoid and autistic so take from that what you will

I am an embalmer. I think about it every day.
I want to be buried simply. Nothing too fancy.
Yes, it's a risk... Not only for us but for everybody. Yes we are more likely to pass away but life happens.
Take care 💋

I dropped this here so I can be accountable...

Assuming I don't die the way I'm planning and I die a natural death, cremated and I'd like my ashes in the desert near where I was born. Or honestly if I ever get someone in my life who I love and trust enough, I'd probably give them permission to do whatever they want with my body, since it's really not that important to me.

For the longest time I wanted to just be buried
Lately I've been leaning more and more towards cremation. Maybe have my ashes scattered in either the forest or dumped into the sea from a high cliff

I have already planned out my green burial with my family, first when I was accepted for assisted suicide and then in totality with all the minute details because I was told I was dying earlier this year and it was actually a really beautiful process being able to have those tough and brutally honest conversations with my family. It deepened our relationships and it gives me peace knowing that they will honour my wishes and that the celebration of life they plan will be about them because it’s for the living (I sure won’t be there unless Ghosts exist!)

Not morbid at all - I’m glad you brought it up because it’s a reality for an illness that has the highest mortality rate of all mental illnesses.

I have also donated my body for autopsy to further research on anorexia. My doc promised to follow through on this since my organs likely won’t be donatable..

I came, I saw, I tried to leave
but life just wasn’t done with me
So I waved hospice goodbye, took Ana’s hand in mine and begged
“Peace until the end?”
And with wry reply she sighed
“I’ll do my best my friend…”
So we live
side by side
Until it’s our turn to drift away
on the gentle tide
~Pax

“I meant to write about death, only life came breaking in as usual”
~Virginia Woolf

What is Harm Reduction (for Eating Disorders)?

something that will cost the minimum amount of money, waste, and space. I dont care for my life and I dont want people to waste any time or money on me. honestly, I hope by the time I die, I live all alone with nobody around me, so I can just die somewhere in the woods and rot there. no money needed. idk.

I’ve thought about that too. I don’t want to be buried I don’t think. The thought of being decomposed is disgusting, even though I’ll have passed.

But being burned doesn’t sound good either. Plus, I want to be with my family and ancestors, not blown away in the wind.

Maybe an above ground burial or something, or steel casket. Or having my ashes buried.

Natural burial for me! I’m a big proponent of normalizing conversations about after death and death care. Everyone in my life knows my wishes.

Traditional burial in a casket for religious reasons. The human body is sacred and will resurrect some day.

i just want traditional jewish burial :-P
if i have to get an autopsy im ok with it tho

but seriously idk? I like the idea of donating my body to science. But like I'll be dead so I don't care what people decide to do lol

We’re all stories in the end. Just make it a good one, eh?