feel like a binge? have a virtual one instead: calorie-free :) - Page 87 - BED Discussions - Forums and Community

feel like a binge? have a virtual one instead: calorie-free :)

One of those chocolate biscuit gift boxes my boyfriend got me. Maybe dipped in almond milk. It's only 160 calories for 4 cookies, but I always binge after the first bite. Perhaps some Ferrero Rocher. I'm in the mood for chocolates.

I had some Domino's last week and it wasn't that satisfying. Even though I was obviously satisfied right afterwards. It was a personal size garlic pizza bread, chicken Strippers combo, and a big bbq dip.

Maybe it's because I really crippled my go to order which definitely includes a proper pizza. God, my crazy junk food lust has been overwhelming lately. I want to get a large Texas BBQ pizza with stuffed crust (which is SO worth it I don't care what anyone says, taste wise it's so worth it) and a Strippers combo with enough dip and and maybe even some of those cookies if I want something sweet.

I've also been wanting McDonald's a bit recently. I got some nuggets last week but it wasn't enough and I'm so mad they didn't include one of my free dips so it was a bit unsatisfying. I want a double cheeseburger, or even to try the new triple, to actually get some fries, large ones, and 9 chicken nuggets minimum. And enough dips.

"its nice to feel your ribs on mine"

I'm going to order some sushi but try to keep it healthy and just get sashimi and some avocado rolls... but what I really want to order:

crispy sushi with cream cheese, avocado, and salmon dipped in lots and lots of soy sauce

tiramisu mochi (so squishy and not too sweet!)

(or should I just not order at all?)

a loaf of bread, so much fruit, an enchilada, a PBJ sandwich, 2 cookies on the counter and ham w/cheese

Sent from my SM-G935V using Tapatalk

I want to devour the whole bag of veggie chips literally calling my name to eat them from inside the drawer and cheese and crackers on the side. The weekend always brings out my binge urges.

back again, last time seemed to work real well. enchilada once again lol, an entire bowl of oatmeal with apple, orange muffins and cereal with banana. i'd also indulge in chicken wings from domino's and i'd devour a bowl of ramen.

8 chicken strips get shredded on the pizza to the point the slice doesn’t really fit your mouth. The other 7 are shredded into the cheesy nachos mixed with the mac. Everything is in front of me in order, pizza in the middle, nacho/chicken/mac on the right and cheese triangle/garlic bread on the left. It goes pizza-nacho mix-bread over until its all gone. Spicy,warm,creamy,crunchy,smooth,chewy, crumbly garlic over and over.
When I feel like I’m dying and cannot breath for my chest exploding I have the cookies with ice cream and usually the regret sets in and I cry into these but its a part of it

I mostly stick to Ana threads but these days I’ve been lurking in BED discussions simply drooling over the thought of food. If I had a day of free time, and an unlimited amount of money:

I’d start off with a party size pack of flamin hot cheetos - been craving those for a while. Then, order the 12 inch Supreme Pizza from Pizza Hut, and probably load up on extra meat and cheese. I would get fried chicken as well, maybe a calzone, and top it off with ice cream. If I still had room for round 2, I would get takeout from my favourite Mexican place: a chicken burrito, a fish burrito, nachos dripping with cheese, and then churro after churro with caramel dipping sauce.

At this point, I’m probably feeling pretty full, but I’d chug a can of Orange Fanta and then another can of Grape Fanta, and then some root beer. I would eat a tub of ice cream that isn’t Halo Top for once - likely Ben and Jerries.

If I stilll have room, I’m switching from Western cuisine to Japanese. Going to get takeout from my city’s best sushi place. Lots of rolls dripping in sauce, yakitori, chicken karaage, takoyaki. Finish it off with boba tea.

I’m probably going to slow down now and maybe put on a movie while eating handful after handful of cheddar cheese popcorn.

After the movie, it’ll be time for dessert. I’d order an assortment of donuts from Dunkin Donuts, and then grab myself an entire ice cream cake from Dairy Queen. To finish it off, I’d grab brownies and cookies and eat until I couldn’t eat any more.

God it felt so good to write all this out. I’ve been doing low restriction (300cal ish intake) and the cravings have been unreal. But seeing the number on the scale drop has been more addicting than food could ever be.

fasting rn, and since i am miserably bad at fasting all i can think about is food

more than anything i want to eat the fresh watermelon my family is having outside... but nope. melon free water for me

dreaming about the bag of dried jujube in the pantry. i could devour the whole thing so quickly. next i want to move on to the tubs of ice cream my mom bought two days ago. i would eat half of the mint flavor, then half the chocolate fudge. then the box of m&m cookies just calling to me. theyre so big and thick and they smell sooooo good. after that i would eat some rice pudding and flan. because im a fatty i could still probably eat more but by then id probably stop the binge from all the guilt and self hatred

A couple of the fresh bread buns, a pack of crisps, an apple.

(Not a 'binge' amount I know but over what I've planned and I know if I went downstairs I wouldn't stop at that I'd find / want more and more I'm just eating feelings... I can't I start my new job tomorrow I need to be functional.. time for a walk I think).

Start with a 1-2 cheeseburgers from Dairy Queen. Maybe some Taco Bell, a bean burrito for sure.

Then siz glazed and six chocolate donuts from my favorite donut place (they glaze the chocolate ones too, it's so good). Some cream and jelly donuts as well, with a blueberry cake donut. Kolaches as well, both savory and sweet.

Then asiago bagels with onion and chive cream cheese, maybe a breakfast sandwich on a bagel. Some cheesy bread too.

I'd love to devour a shake shack burger with a side of cheesy fries and a vanilla milkshake. I'm also in the mood for some chicken with peanut sauce and rice and maybe some wontons as well... then for dessert a bunch of ferrero rocher truffles

a sandwich from egg drop

I wanna eat like 4 loaves banana bread. Maybe some caramel sauce on the top. 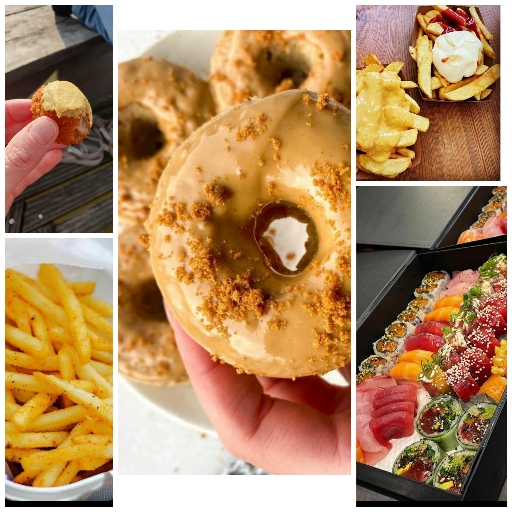 'I think hell is something you carry around with you. Not somewhere you go.' 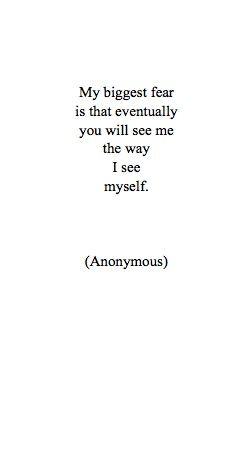 Whore of the Fungus Lord

god how i want dr. pepper rn. i want it so much. nice and cold and bubbly (have to drink it w a straw so it doesn't hurt my teeth tho). then some chips ahoy soft chocolate chip cookies. they're so soft and small and sweet, but not overwhelmingly sweet. it's so easy to just shovel them down lol. and then there's cake in the fridge, and i'm watching the gbbo so now i want black forest cake. super soft, moist sponge with black cherry jam and hmmm, maybe chocolate ganache in between the layers? chocolate icing obviously, and ooh maybe a cherry liqueur syrup to go on top of the sponges to make it even more moist and yummy. then cherries and decorative icing on top. maybe some chocolate shards. aaaaaaah that sounds so good.

I'm so glad I didn't buy chocolate for this weekend. I spent it alone in my parents' big house, which is extremely creepy at night. I drank 1 liter of water so far, I drink whenever I feel like throwing down on my non-meal food. It's been a long time since I've had binge eating (few weeks) and I want to keep it that way.
I'm holding back from eating the chips we have, I had an ice cream with few calories but that's it. if I listened to myself I would finish the pack.

Also tagged with one or more of these keywords: binge, virtual binging