Can we get rid of this forum? - Page 2 - Muscle Dysmorphia - Forums and Community

Can we get rid of this forum?


85 replies to this topic

Not sure why anyone would want to get rid of it though, while there are SOOO many off topic and retarded sections of this site, deleting one that covers an actual illness would be foolish to me.

Well if it's there for one person then it absolutely should stay. You're right, there is a lot of totally stupid sections on this site.

Am I the only one who was around for the whole Alpha Omega thing?  I thought it was obvious, but I guess other people weren't here for that whole debacle.  I guess nvm, but I still dislike this board on principle.

(No, I'm not gonna explain it to you, because you're being condescending.)

to be fair he did cause a LOT of drama. 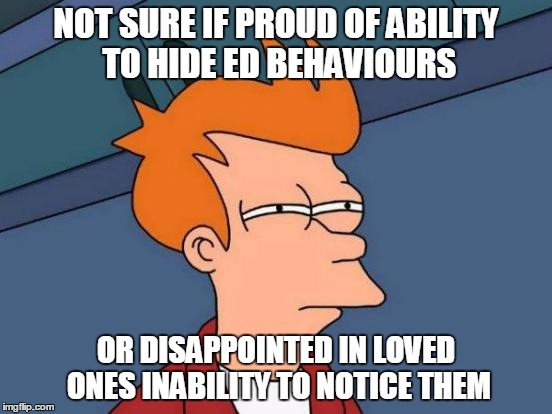 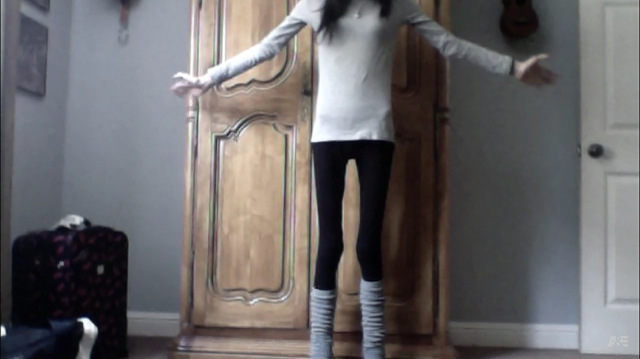 I think it should either be gone, or we should add a sub-forum for BDD. MD isn't an eating disorder, it's a type of BDD, and if there's a sub for one of them, there should be one for the other too.

No elements stop him...

When he comes creeping... there is no escape.

(unless you eat something)

Soooo are you really a girl asking for a guys' forum to be taken down....wtf

Soooo are you really a girl asking for a guys' forum to be taken down....wtf

Shes triggering me! lets get her!

96 year old man preying on all you peeps with eating disorders, beware!!

Ana Coach to the stars!!

Nope this is an actual illness so yes leave it alone.

We should keep it

Just because a forum doesn't attract much activity, does not mean it is invalid. If a website had a sub-forum for a rare disease that only 3 people in the world suffered from, does that make them less entitled to having a means of communication and expression? Also this website and anorexia nervosa mainly stems off of body dysmorphia, therefore I find it extremely relevant personally.

Add me on Kik if you want: cheekbonesgoals

Why, though? MD is a legitimate disorder, despite the stigma and general "wat do" fiasco that often comes attached to it. There are plenty of dead forums on here, but that's no reason to gt rid of one. This is an ED site, so a forum about a specific eating disorder is totally necessary. Deleting it would be like saying that people suffering with MD aren't welcome on MPA which is so not true.

If you don't like the forum, don't go on it. Like, I dislike the South Beach Diet forum, so I just simply don't go in there.

I agree with this.

sick to death of my dependence, fighting food to find transcendence. fighting to survive, more dead but more alive.
'You have to love something or someone more than you hate yourself'

Nearing 9 years with BPD and the illnesses/problems that 'came with it' and 7 years with an eating disorder and SH
https://www.tumblr.com/blog/bpdsoul

[...] we should add a sub-forum for BDD. MD isn't an eating disorder, it's a type of BDD, and if there's a sub for one of them, there should be one for the other too.

I like this idea. Like I totally agree with everyone arguing that it should exist and it's important to have but given what other people are saying about how it's been used perhaps putting it with or in the same forum as BDD would be more valuable and useful (also I'm a lot like moonlight_mania in that I too like tidying and purging things so maybe I'm just externalizing/projecting that tendency into trying to make a more organized site idk ymmv).

Sidenote: rofl not gonna lie for the longest time I thought MD stood for Muscular dystrophy and was very confused what a forum on that was doing on an ED site)

to be fair he did cause a LOT of drama.

And that's what it'll be remembered for. It's as if... once you create the link in your head it stays forever.

Not saying it should be removed / should stay because I personally don't give much crap either way, but well if it stays it'll be remembered for much more than it's worth.

I am just you, in a parallel existence.. 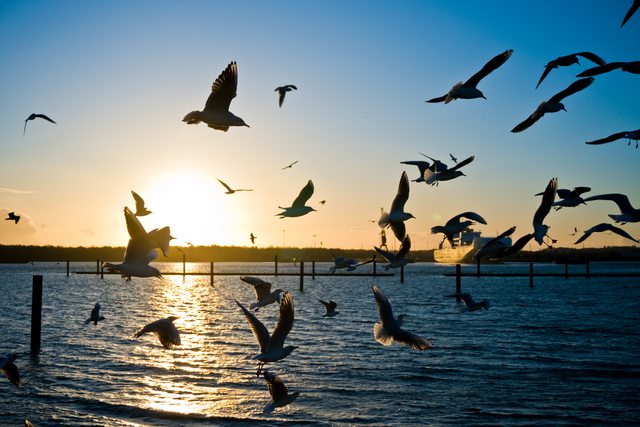 We're like birds in random flight, chaotic yet beautiful, noisy yet peaceful. One day we collide - but we don't crash, and somehow end up melding into something even better?

there could be anon users who prefer to stay anon getting help from this forum I think we keep it, you don't know who would miss it just because you don't like it doesn't mean it's bothering you. Just don't open it. I just think we should recognise every ED and mental illness so nobody feels left out or alone.

I can't believe somebody actually had the nerve to make this thread, tbh.

So muscle dysmorphia is obvs a real and serious illness, but can we get rid of this now?

Nobody uses this forum.  Am I wrong?  This is an ED/mental illness site, yes, and this is a legitimate mental illness, but I'm not sure this is doing anyone any good by being here?  It's just kind of sitting here, the Legacy of Alpha Omega, ancient and dusty and useless, like an appendix?  The world has moved on?

I honest-to-god wouldn't mention this if it looked like this board was even a little active, but now it kind of bothers me, just being here.  Because it's like a serious issue and it being here is kind of a joke.

Yes, this is an ED site, but it's a very specialized ED site, and I think that unless we get an influx of members suffering from this, it's not doing anyone any good.

This has been a formal request.

I am going to explain why muscle dysmorphia is a relevant forum that should remain on this site.

First: women and men in the bodybuilding industry are just as obsessed with their bodies as people who suffer from anorexia, bulimia or EDNOS (eating disorders not otherwise specified). I for example, have been obsessed with gaining muscle in the right places for the past four years. This means going to they guy, lifting heavy, watching hundreds of weight lifting videos and taking very gentle, female friendly steroid cycles. For me, and a lot of other women like me, we believe that having a sexy body also means having a toned ass, six pack abs, and strong back. It does not mean we want to look like Conan the Barbarian, it means that a good body is earned. One cannot wake up one day with a nice body, we have to work our asses off for it.

Second: having a strong, sexy body requires bulking and cutting. Cutting is the hardest stage, and often times that is when EDNOS comes into play.

Watch this Youtube video about how our food is prepared two/three times per week.

Doing this takes a tremendous amount of discipline. Many of these women, expected to go to restaurants with their boyfriends end up in the bathroom purging their meal. How about a trip to the ice cream store? You think they can indulge on a 200 calorie ice cream when cutting? They cant - so they purge it.

To say that the bodybuilding world does not experience it's own for of EDNOS is like saying obese people also don't suffer from eating disorders.

My final theory, is that most people suffering from eating disorders are women. Those who suffer from muscle dysmorphia or (biggerexia) tend to be men. Putting on muscle, for women and men requires putting on fat, and then cutting that fat every year. The cutting process is the hardest thing for them to do. So, I have to wonder if what motivates your post, is really a belief that this entire website should be only for women and men don't belong.

And that's what it'll be remembered for. It's as if... once you create the link in your head it stays forever.

Not saying it should be removed / should stay because I personally don't give much crap either way, but well if it stays it'll be remembered for much more than it's worth.

I am just you, in a parallel existence..

We're like birds in random flight, chaotic yet beautiful, noisy yet peaceful. One day we collide - but we don't crash, and somehow end up melding into something even better?

I think it should stay because it's a diagnose-able psychological disorder. Even if it doesn't affect you or most people on this site, it should be left for those who do have it. It's primarily a disorder associated with men and I think it's unfair to take that from them.

I Joined MPA to continue recovering from hypergymnasia, and to head off my growing case of muscle dysmorphia. I would like to see this corner of MPA left alone.

Back to Muscle Dysmorphia