What are your pets' names/what would you name them? - The Happy Place - Forums and Community

What are your pets' names/what would you name them?


71 replies to this topic

Fish are called Homer and Marge-yes, after the Simpsons

"The trouble with dreams is they're not what they seem..."

If I had a rat I would name her Mana I don't have any pets but I'm thinking of getting a dog. If I get a female dog I will probably name her Vera or Vilma/Wilma. I haven't come up with any good male dog names yet.

And oh many years ago I had a little hamster boy who was called Knutte. After that I had a hamster called Strössel (sprinkles) but his nickname was Snutte/Snuttis.

You probably think all these names sound really weird if you don't speak or understand Swedish lmao, but they sound really cute in swedish!

I have a fish named Kyle. He was my brother's, but when he gave him to me he didn't say if he had a name or not. I named him Kyle because my brother had stuck his ex-roommate's college ID (i think it was his college one. i don't have it anymore) on the tank, and his name was Kyle.

I currently own a cat named Clara who is 6 years old, and a kitten named Ben who is just over 5 months old.

I used to have a rabbit named Hoppy, and two budgie birds named Moonlight and Sunshine (lol at those names.) We had to give them away because of the cat.

I've had about 8 hamsters, all named Patches, because why not. I've had two litters of hamsters and others that technically belonged to my siblings.

And among all of these, at least 10 fish at one point.

All of these have spanned across the last 15 years.

I have a puddle back in Quebec her name is Kira. We got her name from a popular book series Les Chevaliers D'Émeraude and she is around 7 years old 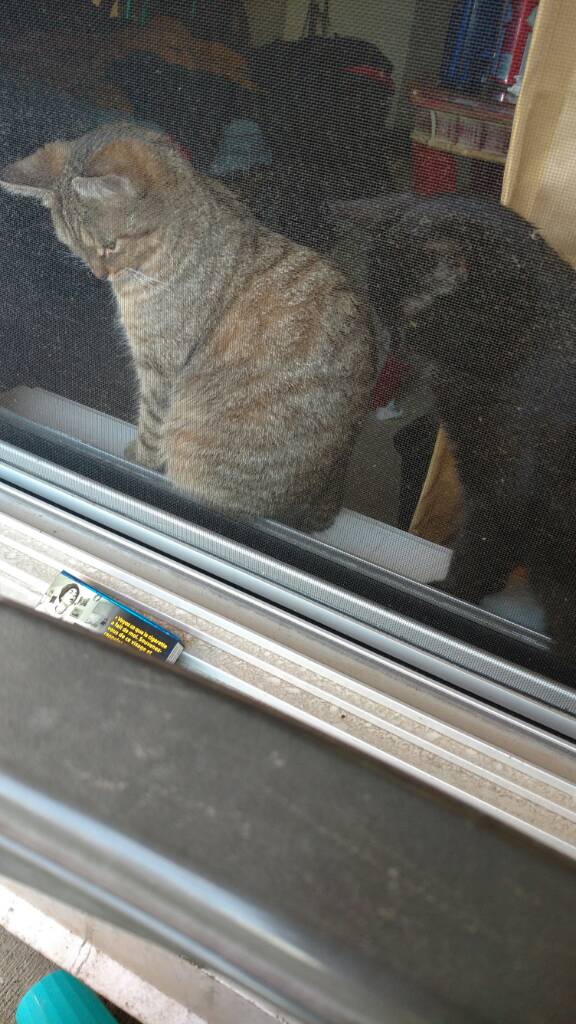 Sent from my XT1563 using Tapatalk

.Feel like a cripple without a cane. I'm like a jack of all trades who's a master of none.

I have four cats.
Muffin (the first cat who was truly mine, I like to think I have a special bond with him. He's a tuxedo cat with an off center Hitler stash)
Devious (the only girl and Muffin's sister. She is brown and gray striped)
Teemo (he's all black and slender with short fur and green eyes)
Corki (teemo's brother. He's all black too, but chubby and has fluffier fur and orange eyes)

I have a dog called Joey and a cat called Oscar. Also used to have a hamster called Lucy

Sent from my ONEPLUS A3003 using Tapatalk

I have a one year old German Shepherd named Thor. He fits his name perfectly, because he's my little hero.

Thor Everest is his full name.

The Silence Of The Lambs

The Silence Of The Lambs

i have an off white cat named Pancake, so she does, in fact, look like pancake batter.

i had a turtle named Taco. (get it, cause he has a shell, ha ha)

and we had a leopard gecko named Waffles.

next we want a little pug named Potato. obsessed with food names i guess.

Ok this is funny
When we named our cat, my English wasn't that advanced

so we thought because she was always "tip-toeing" around the house it would be cute to call her "tipsy"
Years later I discovered the meaning of that word...

currently have 4 cats (mum and 3 kittens)

hercules: (boy, as a baby would climb and push all the other kittnes to nurse from mum)

I have a white kitten named Shiro, which means white in Japanese

My cat is called Krówka, which means toffee and little cow in Polish (I don't speak Polish at all so correct me if I'm wrong). I think it fits him perfectly because he is as sweet as toffee and he is like a cow (he even has little udders lol) "When there is nothing left to burn, you have to set yourself on fire."

I don't have any pets, but I really want to get a parakeet and name him Noodle. I had a million pets growing up, the best name being "no-name".

Back to The Happy Place