22 replies to this topic

The 5 bite diet is so dam controversial ...yet I'm drawn to it

I tried it once but didn't follow thru... 5bites for me leads to twenty bites later that day...followed by wreckless shame and guilt and self hate

Fasting is my ticket

^ 5 bites for lunch and then 5 more for dinner. I actually met the talk show host from the youtube video 1-2 years after watching it

I couldn't believe it was him and I see him around town sometimes.

I am curious about this diet... has anyone had sustainable weight loss on it? I am trying to lose 20 lbs this month so maybe it is worth a shot?

He recommends eating two snickers bars because they equal 10 bites. I did this for 5 days with cliff bars but had constant heart burn. I lost 4 pounds though.

So this actually really Works ?

So this actually really Works ?


As long as you stick with 10 bites a day you will lose weight.

I am doing this, so if you still are too (since this thread is almost a month old) then I would be happy to be your buddy.

I highly recommend buying the book for anyone interested; it's excellent.

This is a hard diet to stick to... I did it for a week. And I used snickers bars as my five bites. I need to go through with it for at least a month... I have a lot of weight to lose. I also want to do light exercise along with it.

Sent from my SM-G935F using Tapatalk

Man I wouldn't be able to manage this one. I'd take 5 huuuuuuuuuuuuge bites. Or my willpower would fail because 5 bites is basically nothing.

I'm doing this right now...attempting to do it anyway

~Fat doesn't pay a rent to stay on my body, so I am getting a court order to get rid of it~

I've gone from 126 lbs to 115 lbs with this diet! I'm thinking of doing it once again. I've gained a couple pounds after exercising and going through a b/p cycle, and I'm very determined to lose it!
SW: 117
GW: 100

Is anyone doing this diet? I'm starting today, It's my 3rd time doing it. But i'd love to know how everyone is doing! 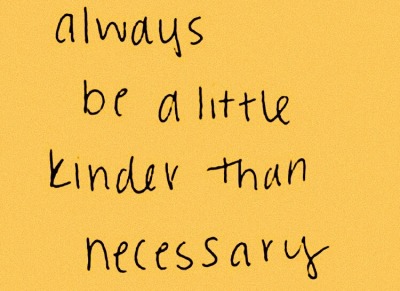 I wasn't sure anyone had even heard about this but - I was seriously considering a bypass - till my friend mentioned I might want to try this first.  I don't know why its so controversial though - it's a bypass without the bypass

Maybe people should just quit judging what everyone else eats!  But no - I have to be careful with "calorie logging sites" with this as it inevitably draws attention.  "You can't DO THAT - you'll DIE!"  In my case though I'm big enough I could die without it so - if I'm gonna die either way I don't want 3 people to have to carry my dead butt out of my house.

I will add - the longer I go the more successful days per week I have!  At first I was lucky to get one a week!  Now I'm up to three - so I just keep picking at it and eventually I'll be at all 7.

Just keep in mind this is HARD - I can NOT do it with candy and it triggers a binge.  I have to do it Keto - high fat low carb.  If you raise your fat your less likely to freak out and binge later.  Like yesterday was a "failure" day - I had 13 bites.  so really - not so bad

I'm gonna try this! I really need to lose weight as fast as possible.

Man I wouldn't be able to manage this one. I'd take 5 huuuuuuuuuuuuge bites. Or my willpower would fail because 5 bites is basically nothing.

hi sorry for the late reply! If you do do this at some point though, the size of the bites you have to take are if you cut a normal sized snickers bar in to 5 equal sized pieces the size of each piece is the size each of your bites should be.

Can everything just stop so I can breathe?

It's not about looking good.. I just want to disappear... Wrap myself in this comfort blanket until I'm so small it's like I'm not here...

I don't think that this would ever work for me. But good luck guys

​Usually happy, except for my weight.

Back to Commercial Diets